A downloadable game for Windows

In The Bakery, you play as Rodney, a baker who is trying to expand out the options he has available at his store to include cakes in addition to pies. But not everybody approves of the change. His dad thinks a man should only bake pies, his friend Craig runs a Cake Fan Club that doesn't accept anybody that likes Pie, and his girlfriend left him when she found out that he wanted to bake both.

With his newfound freedom, he's decided to embrace his desire to bake both and see how it goes. But can he be happy and have what he wants, and not upset or turn away his friends and family in the process?

Made for the Queerly Representing the Underrepresented Jam 2018.

I gotta UNPACK my feelings about this game. I like the way you use metaphors, the art is simple and cute and well, the characters are on the nose but still, relatable and effective! The UI took me a bit to get, but it works after a few attempts. I miss music!! But also it might be complicated to put a soundtrack to this theme and gameplay?

I have to say, at least to me, this game is maybe a bit too hard. I thought it might be by design but I see other people can complete it in short time. I just can't seem to balance the mood of Craig/Rodney's Dad and his happiness well enough without getting into one of the game over endings.

Thanks for the feedback!

I DID do some rather dramatic tweaks to the difficulty not long before the jam was over, because up until that point I was unhappy with how simple it was (I could consistently play through to the end every time with little challenge to Rodney's happiness, for example). This is something I can totally patch though if it's too hard - it's nice and easy to adjust the difficulty of the game. But it is intended to be hard to balance everything, for sure.

Audio was something I wanted to get in, and I totally intended to! But then in the final day I discovered a large number of game-breaking bugs that prevented replay, and that felt more important to fix than adding audio. Totally can do that though - but you're right that thematically it could be hard to do.

The UI I did struggle with, and I think it probably would have been helped a bit more maybe by some better tutorial cues at the start. I'm open to suggestions though!

Cute game! It took me a while to get the hang of the controls but I really liked it. All of the different endings were interesting.

Do you think the controls need some work? I had put a bit of a delay in between actions that I found comfortable, but I could speed it up. Or is it a different issue? :)

I think it was less an issue of the timing and more that I didn't understand what everything represented. I didn't realize that the bar in the middle showed what Rodney wanted to make, I thought that it showed who was getting suspicious alongside the faces. I don't know if It's a huge deal, though, I figured it out in time to get all four endings within 15 minutes or so. 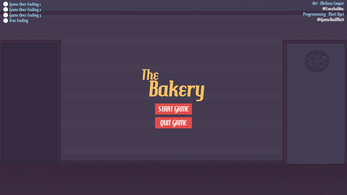 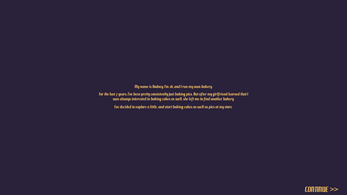 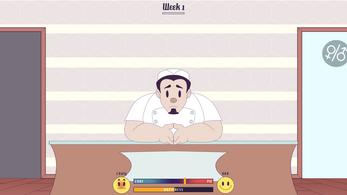 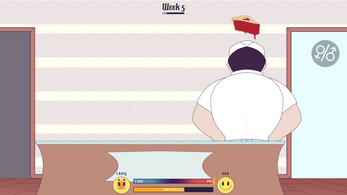